A lot has changed in the world of advertising, since the day my grandmother was born, in the spring of 1920. “Back in the day,” Babe Ruth was endorsing Red Rock Cola and doctors were huge Camel cigarette fans. According to DuPont, “The best things in life come in cellophane.” 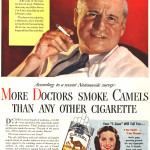 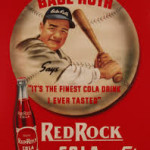 Since the 1920s, the American advertising industry has grown exponentially. Current expenditures, according to History Matters, are over “eighty times greater than in that decade.” While technology has also changed dramatically — from hand-set type to Instagram — the underlying foundation of the industry has remained the same: The advertiser employs the agency who, in turn, speaks to the end user.

Another aspect of the industry that’s remained the same is the need to organize the workflow. Up until the 1950s, I can only imagine how advertisers kept track of what needed to be done — paper, pencil and yelling across the room (at least some things never change)!

According to Wikipedia, “The origins of project management software are rooted in the 1950s when DuPont Chemical collaborated with mainframe computer maker Remington Rand (Univac) to devise the Critical Path Method of network scheduling (CPM).” TMainframe and Mini computers dominated the project management software arena until the early 1980s. At that time, PC computers began to pop up in both business and government circles.

There are hundreds of project management software options available to agencies of all shapes and sizes. Which would you prefer — Desktop, web-based, personal, single-user, collaborative, other?

Would you like the system to include calendars, task tracking, media tools, time-keeping, a client- or vendor-portal, accounting features? The possibilities are endless. Of course, I’m pretty partial to CurrentTrack®.

Where will the advertising industry, and the field of project management, be in another 95 years? I imagine the best things in life will no longer come in cellophane but, rather, in 1s and 0s!